Zury goes to her forever home! 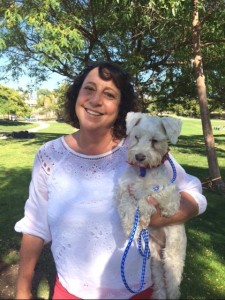 She waited for so long to have a forever home. Now that she found one, she’s happy living with this woman who will give her love and care. Zury is very thankful that she’s adopted!

Ariel goes to her forever home… 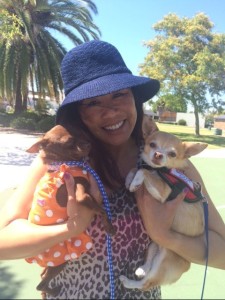 It means a lot for a dog to be adopted, because all they need is a forever home that will give them love and care. Someone who will feed them, someone to play with and, someone who will never abandon them. She got a home like this and Ariel is now living a happy life with her new home.
One Chihuahua gone…15 to go… Adopt now!

Wheelie got his wheels

Wheelie has an injury. He missed his one leg and the other back leg cannot be used. Thanks to those who helped Wheelie to get wheels.He’s very blessed to have you. Now, he’s happy and free to explore his world.

A Bright World for Neo Sholiton

Neo’s eye is swollen shut. He was diagnosed with a disease common to pugs known as advanced luxated lense and the treatment is truly drastic. He is suffering from pain which is worst. His owners took him to the eye specialist in case he needed an emergency surgery that could mean a $3000 vet bill as they estimated from past rescue experiences. Unfortunately, they don’t just have it.

His owners are extremely worried about it when all of a sudden they saw Joe’s name on the sticky pad and spoke to him. It has been a relief when Joe requested them to fax him the bill.

Miracles truly happen and so far, the vet bills are over $600. His owners are so much grateful for this help.

The treatments are not yet complete, but at least Neo is comfortable now and can open his eye starting to see a bright world again.

Jaime……His mama is a stray dog that no one has been able to capture. She had 6 babies under a trailer in Lancaster. Until they were 6 weeks old and we pulled them out from under the trailer they had never seen or been held by humans. Jaime was the most fearful he screamed so loud for 2 days we thought the neighbors would call animal control on us. Because he would scream every time we got near him, we did not notice until the day after we rescued him that his arm appeared to be broken. We rushed him to the vet who did an x-ray and discovered that he is missing some bones, he was born this way and his leg needed to be amputated. I struggled for some time with amputating the leg but Dr. Kali convinced me it is the right thing to do.  He has been successfully amputated on Friday at North Trustin Vet. Very big thanks to those who lend their hands generously and donated money to cover all the expenses for this sweet angel including Mr. Fleishon. Words cannot express how grateful we are to you. Now Jaime can live a normal and happier life, healthy and fearless.

While doing what he loves, chasing mice outside, sweet kitty Mr. Mcdreamy was run over by a bicycle rider a couple weeks ago.His “kitty femur” was cut completely in two and was lodged up into his hip bone. Dreamy came to his owner when a friend rescued him and his siblings out of a plastic container in a dumpster. After being bottle fed from just days old he made it through and is the most loving sweet baby ever! He is about 12 months old now. Mr. Mcdreamy is now a part of an ever growing family. However, paying for his vet bill was impossible for his owner because they have taken in their two nieces and two nephews after being abandoned by their mother. But because of an amazing miracle, Dreamy’s bill has been covered by this amazing charity and the wonderful people at the vet! Bringing dreamy home has made his owner’s family feel whole again! Thank you to everyone who opens their heart to help others save their beloved pets!